ideas sometimes when you wait they come to you.

Preparation for starting with BAPP

We had a Hendon campus session on March 16th. It was great afternoon. We talked in the classroom and also went to the Shepard Library on campus.

This is an overview of the conversation:

These ideas are threads that will run through the whole of the course (all three modules). They are not taught pieces of information to memorize and write about at the end. They are ideas to stimulate your thinking about your own Professional Practice deeply or differently. Therefore, the order you are introduced to them is not important but we had to choose an order  (that is the one in the Module Handbook). So, do not think of them like a tree, building up from starting a blog at the beginning of Module One and layering up to handing-in an artefact in Module Three – this is like a tree model. As if you were climbing up something. 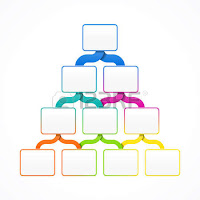 Instead think of them all as equally feeding your understanding of your Professional Practice – like a rhizome. 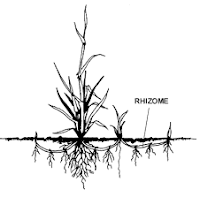 So at the end of each module what you hand-in is the result of looking carefully at the ideas that have manifested during the term. And then making connections between those ideas and your professional practice.

So that being said, what could we say about 'theory'?
Theory could be thought of as what someone else has come up with having done that process of looking at ideas carefully and making connections for themselves. So you can link your connections with connections (theory) someone else has made and published about. They have spent more time looking carefully so you can often be guided by (their) theory.
BUT theory is not a justification for you to do what you want!!

Theory is a specific set of connections someone has made. You can’t pick and choose – “I will cite Smith about this connection and ignore that connection she made.” !! It is not about agreeing with every thing Smith said. But you have to know enough about Smith that if you cite her as why you are doing something in one place you can explain why you are not doing something else she said in another place.

Theory is not a neat bag to wrap-up your actions in. Its not an excuse to do something you want to do. Theory is more like the core of what you are doing it indicates what you should do. We talked about theory being like the bones not the skin.

Theory indicates what you can do – you are following a set of connections to see what they are like and how they lead you. You can’t chop and change without explaining why - and you are not on your own look at what the theory would santo do. You can notice where they differ for you or the situation you are in. So if theory is partly going on someone else’s ride (which you need to do because that someone else has spend a great deal of time thinking about ideas you are just finding out about), what is stopping you from crashing. If someone else is driving the bus how do you make sure you don’t end up in an accident???

-----Ethics. Having looked at ethical issues means you are aware of where you are not willing to go on the ride. It means you are prepared for possible issues and it means you have drawn a line in the sand as to where you are not willing to go with the theory. Ethics is not about a set of rules, it is about being aware of and thinking about the consequences of what you are doing. We said
Ethics is a response to what the theory indicates.

All this was talking about what is called a theoretical framework. The framework from which you are thinking. We went to the library to look at Journal articles. To see if we could spot the theortical framework the authors were working with. We looked at the bibliography* which shows whose theories the author was 'riding'. Then we read the Introduction or Abstract to see what parts of the theory journey the author was on board with, what changed, and what questions they had about it. (*That is what a literature review is partly for to share the places you are constructing your ideas from, to show the rides you have taken as you have thought about things.)

Read participants-of-the-session's blog posts to see what they found.

We watched this Ted Talk. It tells us a lot about – believing /following a theory, using ethics, how ethical issues change for you depending on which theory you are following, how looking at an idea carefully changes your own personal practices, and how conversation and discussion with others also looking at ideas carefully helps you develop or better define where you stand.